Our Main Ideas and Values

Baseplay Tennis was founded in 2017 with the goal to bring high-quality tennis coaching to Singapore’s local and expat communities.

Whether it’s teaching the game’s fundamentals to beginners or pushing competitive players to higher limits, we work hard to always get the best results for our students.

Apart from our coaching methodology, we believe that having fun in our lessons and establishing a great personal relationship with our students are key fundamentals in achieving the best results on the tennis court.

Here’s my story to give you a real understanding of who I am and why I have chosen this tennis path:

Early morning Friday 7th October 1994 I first entered this world. I was born at the Sussex Hospital in South England, a brother to Robert and Nadia Lee, and the third and last son to Anna and Peter Lee.

Born into a sporty family, I started my tennis journey at the Pavilion & Avenue Tennis Club in Brighton & Hove, United Kingdom, at the age of 3.

Following my older siblings, I would sit at the side and play throw and catch with the tennis balls or try to roll the ball with the racket.

At the age of 4, I started in the mini-red classes at the club and would play in red ball competitions. Tennis is truly a wonderful family sport which can put your children in excellent situations to meet new people and socialise.

I remember we would spend the whole Saturday or Sunday at the club, and there would be activities set up for the kids, league tennis for the adults and the clubhouse!

Around the same age, my parents also thought it would be good to complement tennis with other sports, so I was in Gymnastics (to help strength and flexibility) & swimming (to help balance the body), and a bit of football (great footwork training).

It was only until I was around 10-11 that I left all other sports and just focused on tennis. 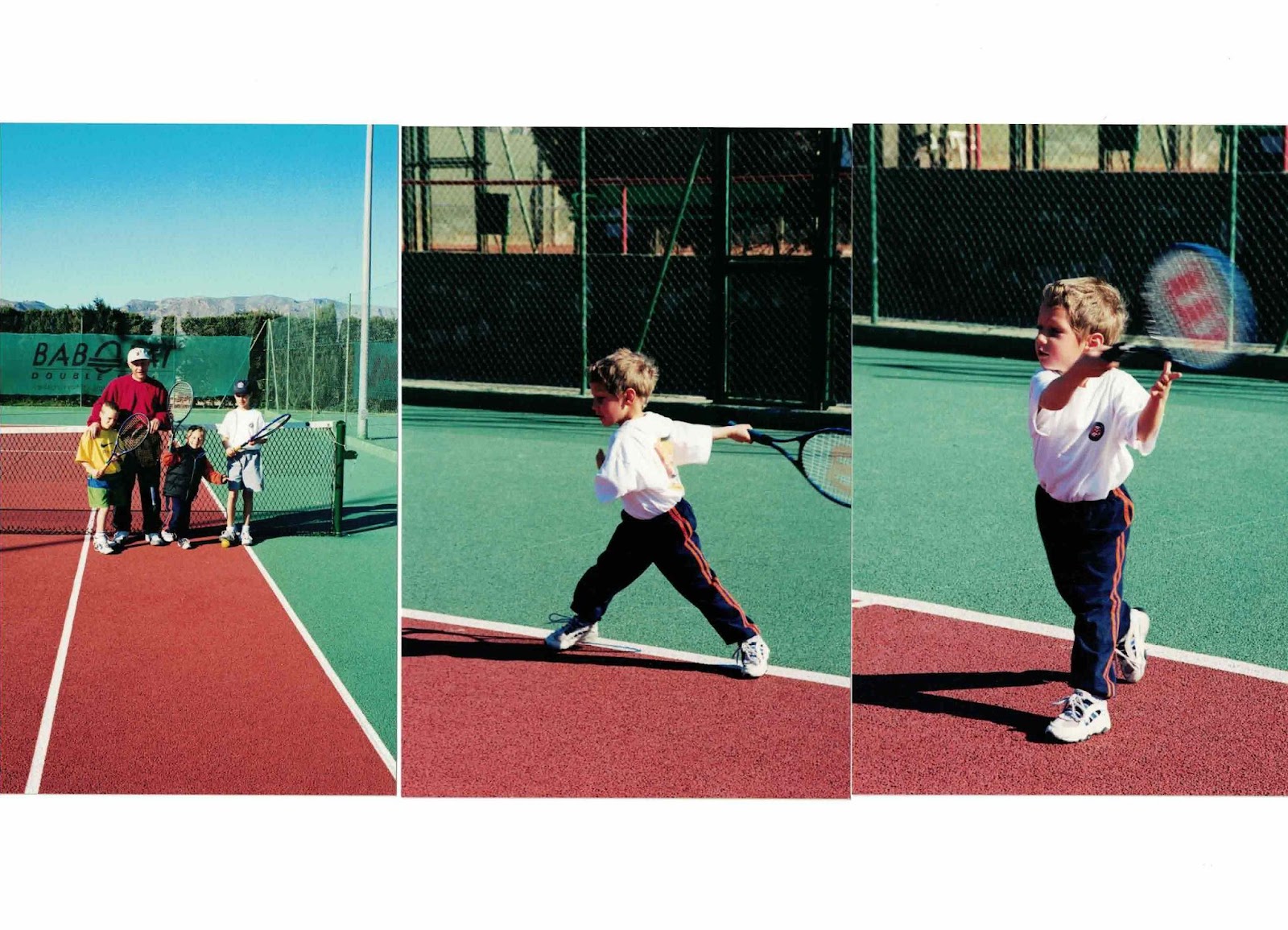 Pictures from my early days 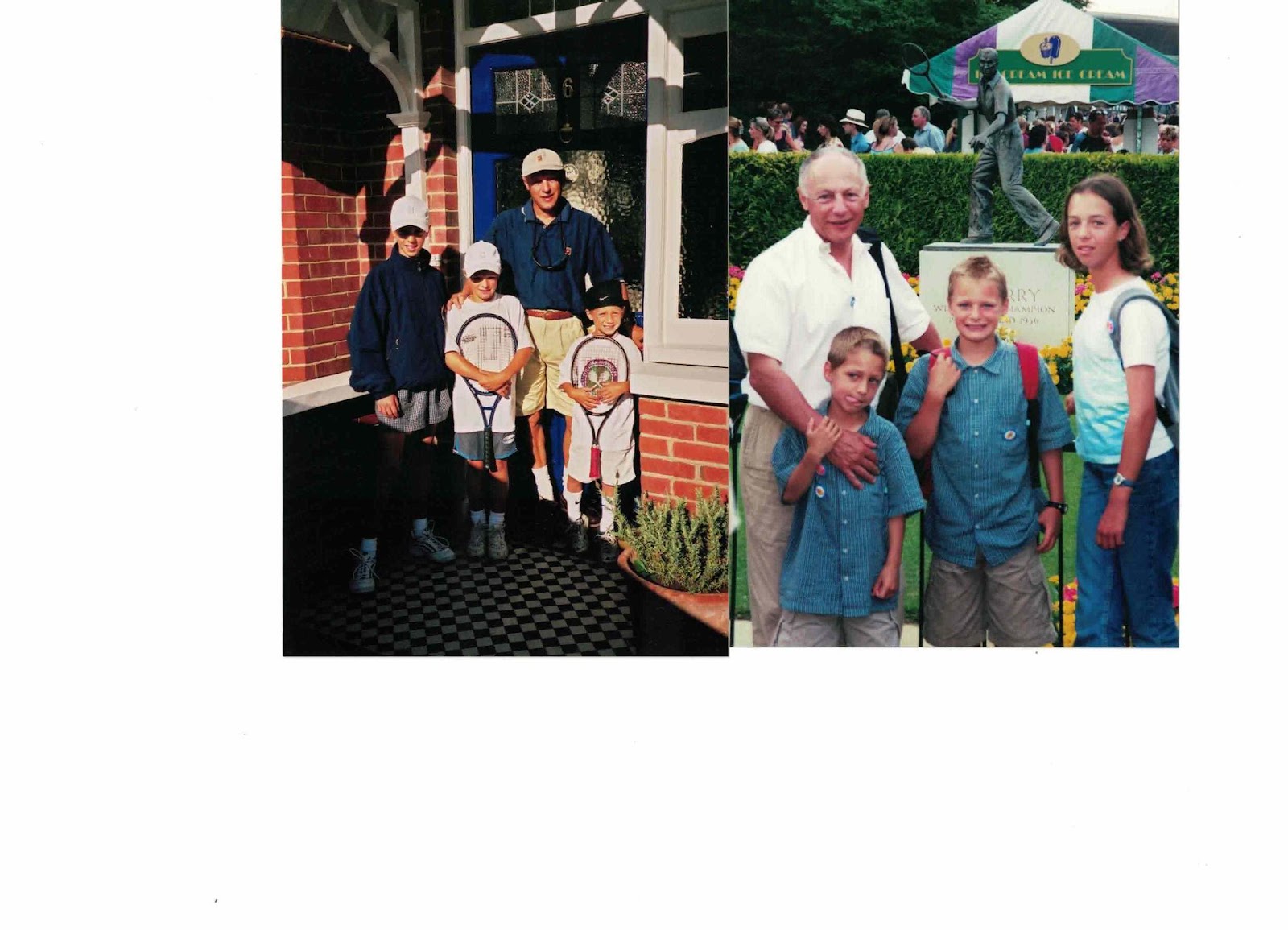 My dad was so into tennis that he would take us to see the pros at Wimbledon & Roland Garros when we were kids. Absolutely amazing opportunity to watch world-class tennis just a 2-hour train ride away in London or a short flight to Paris. I’m yet to see the US Open & Australian!

My family decided to move to Spain when I was aged 7 to pursue fluency in a second language and play tennis pretty much full-time in the sunny weather (as we all know the weather in the UK doesn’t always allow for much outdoor sport!).

At first, the move was a scary thought, having only been in Spain for the summer holidays I couldn’t speak the language and I was being put into a Spanish state school in the local village.

A vivid memory is one of my first days entering school with my British school uniform whilst nobody had any kind of uniform at all, making me stand out even more!

My dad decided a move to Spain would be necessary for my siblings and me to play professional tennis. He bought land in the south of Spain and constructed two tennis courts and a practice wall to start a small tennis academy.

He also encouraged us to take lessons from other coaches and at different academies in Spain.

There were around 3 tennis clubs 10-minute drive away from our home, with clay courts and hard courts which ran kids programmes, tournaments and leagues.

We also would sometimes travel further to academies like JC Ferrero Equelite Tennis Academy in Alicante, Sanchez Academy and Bruguera Academy in Barcelona. We would also drive all over Spain for tennis competitions. 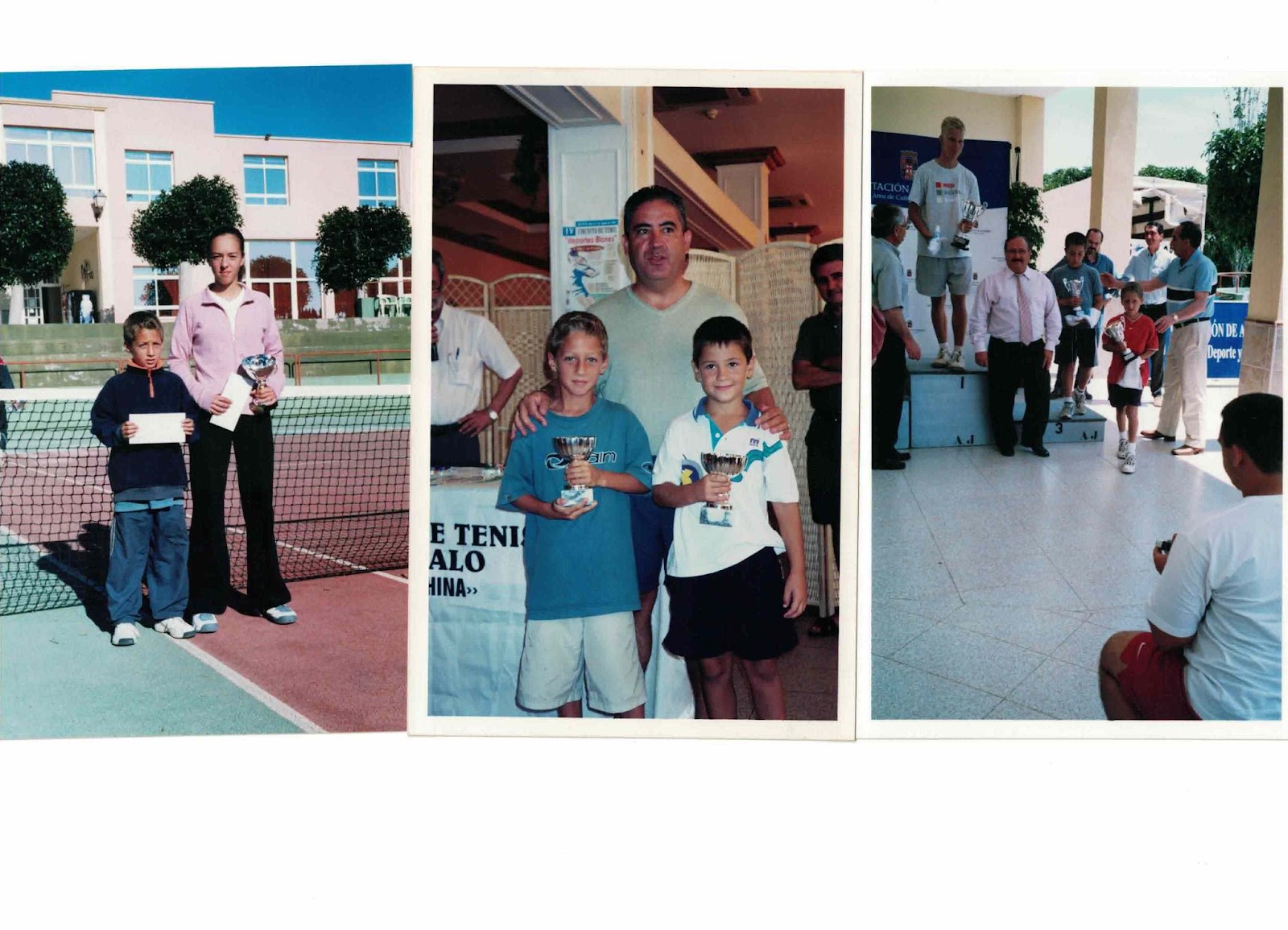 AGE 12-16 – Understanding what the world of tennis can give

Whilst growing tennis allowed me to have a different circle of friends. I would spend time at the club and at tournaments making new tennis friends because none of my school friends played.

During these years my brother and sister started competing more on the international junior ITF tour and WTA tour, with my father travelling with them.

Both of them managed to obtain a few points and a ranking which allowed them to receive full scholarships to Division 1 NCAA universities in Texas, USA.

When my siblings were at home it gave me a great opportunity to practice with them as a sparring partner.

At this age, sometimes tennis all the time became a bit too much, and if I would lose a match my head would go down and I didn’t want to play anymore.

Back then I was too emotional on the tennis court. Seeing my other friends from school pick up different sports/activities I would want to join in and it would take away from my tennis training.

In Spain, after graduating from high school at the age of 16 you have the choice of whether to continue your education or not. I decided to continue with a Spanish Baccalaureate (IB) course at night school.

I received a special letter from the tennis association granting me permission to attend an adult school in order to train during the day.

My day would consist of early morning tennis training, lunch, physical training, and then into the school from around 6 pm-11 pm. I would get the bus into town in the evening, and my classes were great fun as I met people from all circles of life.

Some students had young children and wanted to continue their education, some students had stopped studying at 16 in order to work and were coming back to their studies.

This period was also tough for me, I couldn’t get a high enough ranking in order to obtain a full tennis scholarship to the US, and tuition fees are simply too expensive.

So at this point, I already knew that I wouldn’t have what it takes to play professionally and make a living from going on tour. I decided to continue my education in the UK and start a bachelor’s degree.

Having thought I had left tennis kind of behind me and was ready to move into College life and ace university, on my first day going through the freshers fair I stumbled upon the tennis society. This I would soon discover was to become the best part of my next 5 years in the UK.

Jon Disley had returned from completing 2 years at Hofstra University in New York, on a tennis scholarship and was starting up the tennis club at Anglia Ruskin University.

The University was willing to sponsor me for my official coaching courses from the Lawn Tennis Association in exchange for help coaching the team and becoming an active member of the university sports Faculty.

During my Bachelor’s degree (3 years) Jon and I promoted our team from 4th to 2nd division.

It was an amazing experience, as the team progressed we obtained more funding from the University and were able to tour the UK and play against other teams.

Once Jon graduated, I was offered funding to complete my Master’s degree and be a sports coordinator at the university running the team.

As a part-time coaching job, I would work at David Lloyds in Cambridge, which gave me a great variety of students to teach and learn more skills under the guidance of experienced coaches.

While becoming a certified coach I had to work a set number of hours supervised by a senior coach in order to qualify and be awarded the certification.

I would work weekends at the local club and was teaching a couple of students frequently. During one of the years, I took 2 performance players from the UK to Spain to experience 2 weeks of intensive training and tournaments.

One player (pictured below) won his age group in the tournament. 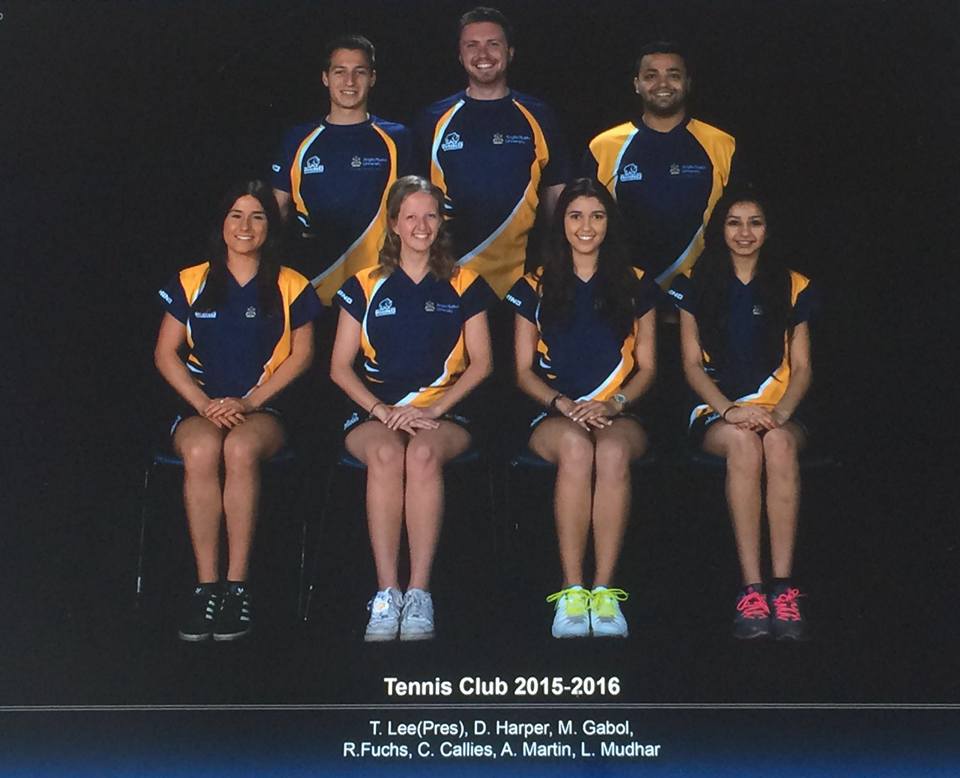 I have a Bachelor of Marketing and a Master’s in Information and Technological Studies.

After graduating I was offered a coaching position in Singapore. Coach Jon had recommended me for the job and I was excited for my first time ever visiting Asia!

I found it very easy to adapt to life in Singapore and really enjoyed coaching here. After 2 years I decided it was time to go at it solo and set up Baseplay Tennis Academy.

My coaching philosophy is similar to the Spanish methodology of gritty tough training coupled with a clear focus on developing the correct technique from an early stage in one’s tennis career.

My teaching method has been moulded by my experience through my years on the court, and what I have learnt from top professional players, recreational players, national coaches and physical trainers.

Baseplay Tennis Academy caters to all ages & abilities. We have beginners of all ages, performance juniors playing SPEX tournaments, JTTL and STA tournaments, and WITS and LTS teams.